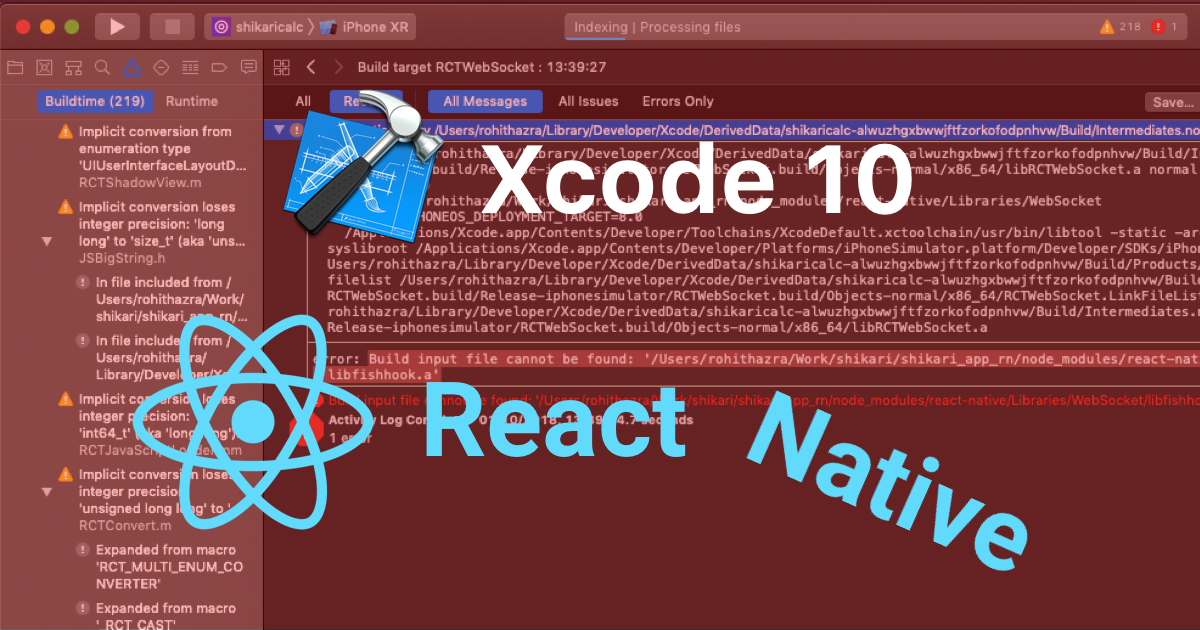 React Native today is one of the (if not the most) popular languages to build apps for Android and iOS. Companies that are building on react-native consist of AirBnB, Facebook, UberEats, Discord, Tesla and many more, giving react-native a huge community that increases the popularity and stability of the language.

Like any big upgrade to an IDE, this breaks a lot of projects that may not have been upgraded from some time. Maybe you have upgraded your project but the dependencies that you have in your project may not have. Over the last few days, I have been fixing multiple projects built using various versions of react-native and it’s mostly being a time consuming activity with a lot of debugging and trial-runs. So this is an effort to compile most of these errors and their solutions in a single place to ease the efforts of other developers.

Mostly, I found these issues with projects usingreact-native <= 0.57but you may face it in higher versions as well.

Note: Most of these issues are just a temporary fix and will need to be repeated each time you clone your code. So it is recommended that you upgrade your react and react-native versions as soon as possible

The first issue you might face is the Lexical or Preprocessor issue or Double Conversion not found Error. There are multiple fixes on github regarding this error, while most of them have a different method to solve it, they all end up re-compiling a third party library namedglogwhich is a C++ implementation of the Google logging module found here.

Resolving this issue is as simple as re-building the module manually, which is more of an inconvience if anything.

Run the following commands in the root of your react-native project.

Other solutions include running ../../scripts/ios-install-third-party.sh and../../scripts/ios-configure-glog.shwhich re-installs the third-party modules and then rebuild it. But if your project was running before the Xcode upgrade, this might not be required as you probably have the right versions of the modules.

This issue is still persistent even if you init a new project using react-native init AwesomeProject --version 0.59.10. The version 0.59.10 was supposed to fix the Lexical issues but the situation is still the same. Thankfully the solution is still to just rebuild the glog module using the above command.

If the following does not resolve the issue then find the libfishhook.afile from any project and paste it in node_modules/react-native/Libraries/WebSocket/. I have uploaded this file and you can also do the following in the project’s root folder.

This error seems to only occur with react-native <= 0.56 and is fixed with v0.57. It is recommended to upgrade the version and this process should be faily easier. Remember if you upgrade manually, always create a new branch and test everything before commiting.

Note: If you upgrade the react native version, and re-run npm install you may face the other errors from this blog that you may have already fixed, so just repeat that process.

Run the following commands in the root of your react-native project.

Now this error I faced in an older version of react-native v0.4x and can easily be fixed by removing Info.plist from Build Phases of your project’s Targets. See image for reference. 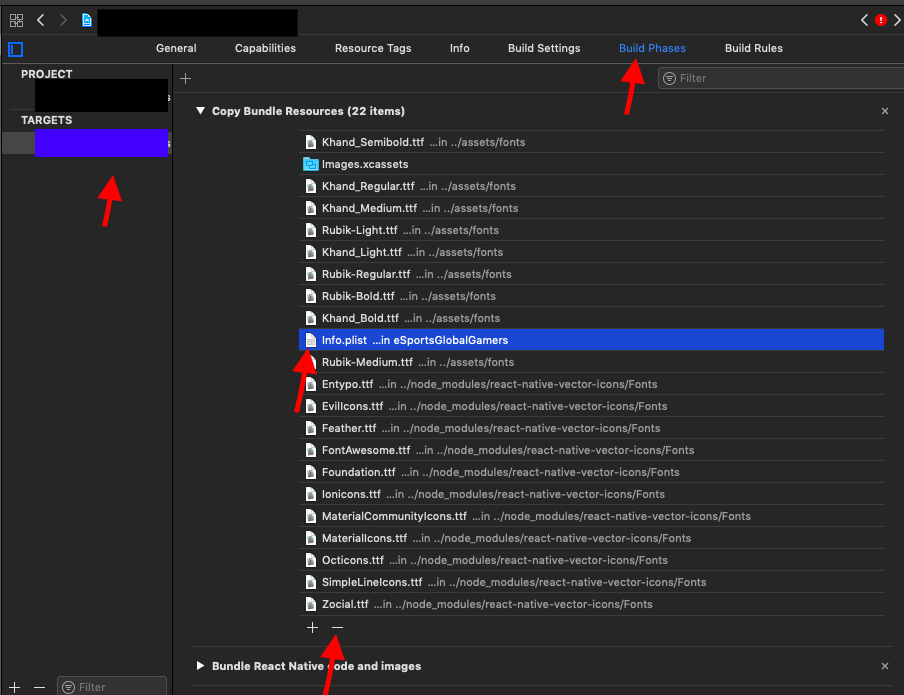 You may encounter multiple errors related to linking or missing libraries. To solve those issues you should try the following.

In the root folder of your react-native project

While the above errors do cover the most major errors, you may still face certain unknown errors depending on your project and it’s dependencies. You can always raise an issue on GitHub or StackOverflow and also reach out to me on Twitter @rohithzr

What do I think of the new build system?

The new build system definately seems faster and more optimized than ever before. There are a few caveats and some things are breaking but it does not mean that the build system is bad or was not tested thoroughly, it simply means that a few older libraries fail to work, which you should upgrade whenever you get the chance.

PS: The Dark mode is Dank!

10 ways you can use technology to generate lead...

NodeJS vs PHP? Let's settle the debate with a c...